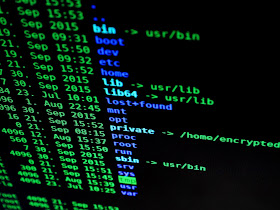 Today conflict in society is not bound by borders, that is at least not physical ones. In this new digital age of conflict, there is a feedback loop in which technology can be adapted, weaponized and deployed a hundred times faster than any government can keep up with. The director of national intelligence in the United States annually ranks the details of international dangers in the worldwide threat assessment. The cybersecurity threat was not even on this list until 2011 and was nowhere near the top for several years after. This is just one instance in which government institutions obviously struggle to adapt to and learn that most of the new age conflict is facilitated by the lack of cybersecurity.

After the bombing in Paris several years ago an image of a baby’s hand was put out on social media in remembrance of the tragedy. The photo was downloaded by millions of unsuspecting victims and malware came with it onto millions of computers. Therefore, offline attacks appropriate online attacks. Not only that, but it works in reverse as well. For example, the apps and social media accounts on which teens are being recruited online for offline terrorist attacks.

What can individuals, organizations, and governments do to practice better cybersecurity? It begins with individuals and peer-to-peer security. Individuals can affect national and international security by creating positive peer-to-peer relationships and helping enlighten the next generation of hackers. It is both seriously profitable and valuable to be seen as trustworthy in this digital age and that alone could help in the fight for cybersecurity.

The Secretary of Defense and Head of the CIA tell us Americans that “Cyber 9/11 is imminent!” and “Cyber Pearl Harbor will happen!” We look to governments for collective action yet all we get are statements to make us afraid. They strike fear into people but do nothing to make us safer or more secure. Perhaps banning encryption in favor of mass surveillance and mass hacking is more detrimental than it is helpful. Maybe GCHQ and the NSA can spy on you but so can anybody else.

Governments all over the world today need to give up some power and control in order to make us more secure. Fixing the back doors and putting an end to mass surveillance and hacking will mean the government can no longer spy on us, but it also means that people in China, Russia, Iran, or some kid in a basement somewhere can’t either.

It has become more and more apparent in recent years that the future of crime and terrorism is in technology. Now don’t get me wrong we love technology and have wonderful tools that can bring about great change for the betterment of humanity, however looking at these technologies through the eyes of a suicide bomber or terrorist or criminal makes the future seem much darker.

Take the 2008 terrorist attack on Mumbai for example. Those terrorists used mass weaponry which is nothing new, however, the scary part of what they did is that they used their own operations center in Pakistan where they monitored the internet, social media, and news stations to see their attacks and people who had been killed in real time. This gave them a tactical advantage over law enforcement attempting to control the situation.

The attackers even phoned the image of a hostage they found into their ops center and discovered that he was one of the world’s wealthiest men after the ops center googled him and he was killed for that. During the siege in Mumbai, 300 people were wounded and over 172 people lost their lives and all this was done by 10 men armed most dangerously with technology. This was a decade ago. What are they capable of now?

And cybersecurity is not just about terrorism. Nowadays people can commit much greater crimes with technology than ever before. The internet allows for exponentially larger scale crime. Hackers can rob thousands of people on the internet like they did in the Sony PlayStation hack several years ago.

Little flying drones can be used as children’s toys and yet they are also Quad Copters that travel over 600 miles per hour can be armed with HD cameras and weapons and be flown into government buildings to attack like they nearly did years ago.

3D printers. How might terrorists and criminals use this? They can (and have) printed guns with metal filament and bullets to go with it. 3D printers are becoming larger and larger and making even more capabilities possible for both well-intending innocents and dangerous criminals.

The internet of things and our connecting of physical objects in our space to the internet means more connections to more devices which in turn means there are more opportunities for attack and points of weakness to hack. More potentially vulnerable places.

The human body itself is becoming a target for hackers. In the united states thousands of cochlear implants, diabetic pumps, pacemakers, and defibrillators are being implanted that are connected to the internet. If you have a defibrillator implant in the case that a physician needs to give your heart a restarting shock from another location it’s all well and good until someone hacks it and shocks your heart when you don’t need it.

Now, beyond all these silicon operating systems there is another operating system known as…you guessed it! DNA. DNA hacking can be abused in hundreds of different ways. You could take the genetic code of plant-based synthetics and give people drugs that their bodies essentially code themselves. The cost of sequencing the human genome is becoming cheaper and cheaper and developing new technology faster and faster.

Biology and bio crime will likely arise out of cybercrime as people who become more proficient at hacking DNA and literally coding their own bio viruses: enhanced and weaponized Ebola, anthrax, or even influenza. The possibilities are endless. In fact, the engineers who weaponized avian flu would have been able to create an avian flu pandemic just by tweaking and rewriting the virus so that it was easier for humans to catch. And get this: it goes even deeper. If you can use modern cancer treatments to go after one cell and leave all the cells around it intact. Personalized cancer treatments are the good side of personalized bioweapons.

So, what exactly do we do? The natural government response to this danger is to hide away every government official but this will not solve anything. Law enforcement is currently nation based while the danger is international. Perhaps you could give a leaders DNA to a few hundred trusted researchers and have them find and/or build preventative measures that can be taken. The organized crime and corruption project has proven that governments are somewhat ineffective and in response to this ordinary people are crowd mapping activities of criminals.

We are on the cusp of a technological arms race between those who use technology for good against those who use it for evil. Rather than having a small elite force of highly trained government agents working on these issues, perhaps it should be a global effort among all citizens. Perhaps a more open and participatory form of law enforcement is what we need to combat this issue. Who knows? Perhaps it’s time for a new era in cyber security and cyber warfare.

Original work can be found here.